Each month, the AAS Membership Committee presents the “Member Spotlight” – an opportunity to introduce you to a member of your association. 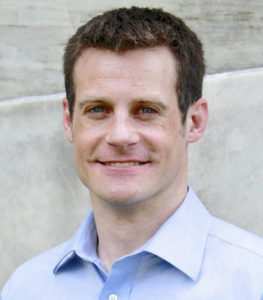 Dr. Geoffrey Anderson is currently an Assistant Professor at Harvard Medical School and a trauma surgeon at Brigham and Women’s Hospital. He was born in Tel Aviv, Israel and spent most of his childhood in US embassies all over the world as a diplomat brat. He was a varsity wrestler at Duke University where he graduated with a BS in biology and religion. He obtained an MPH at the Harvard T.H. Chan School of Public Health and his medical degree from the Emory University School of Medicine. From there he completed a general surgery residency at the Massachusetts General Hospital and a trauma and critical care fellowship at LA County Hospital/University of Southern California Medical Center. Currently, he is the Associate Program Director for Research for the general surgery residency, is part of the faculty at the Center for Surgery and Public Health and is the Associate Fellowship Director the Program in Global Surgery and Social Change.

Dr. Anderson spent two years as a Paul Farmer Global Surgery Fellow at the Program in Global Surgery and Social Change. During this time, he lived and worked in Mbarara Uganda on implementation of the findings of the Lancet Commission on Global Surgery.

Geoff previously served in Air Force Special Operations as a flight surgeon and was deployed five times to Iraq and Afghanistan. While deployed his main role was to evacuate casualties from the battlefield on rotary and fixed wing aircraft. He also assisted in the ER and OR during numerous mass casualty events and assisted with the H1N1 outbreak in Afghanistan. He is currently in the Air Force reserves and works on a critical care air transport team.

Dr. Anderson is deeply involved in research and is the director of the TIGER (Trauma, Implementation science, Global surgery and Equity Research) Lab. His current research includes a series of projects that focus on the social determinants of trauma, long-term outcomes for trauma survivors, and the financial toxicity associated with being a victim of trauma. He spends part of his time each year in Rwanda at the University of Global Health Equity where he is visiting faculty. In Rwanda he works on surgical curriculum development and surgical simulation.

Geoff is an active member of the Association for Academic Surgery. He currently serves on the AAS Publications Committee reviewing submissions from the Academic Surgical Congress for the Journal of Surgical Research and is looking forward to further extending his relationships within the organization.

In his free time Geoff loves to travel, snowboard and tries not to hurt himself while competing in CrossFit. It is a privilege to be both his colleague and friend.

Dr. Hawkins is an associate professor of surgery at Vanderbilt University Medical Center in Nashville, Tennessee and Director of the VUMC Colorectal Research Center. In addition to a busy colorectal clinical practice, he is a NIH funded scientist using mixed-methods and patient-reported outcomes to study the comparative effectiveness of colectomy for recurrent diverticulitis. Twitter: @alexhawkinsmd