Purpose:
As part of the AAS mission to increase diversity in our membership, we are pleased to offer an annual AAS Student Diversity Travel Award. This award is presented to three medical students from an underrepresented minority.

Save the Date: 2021 Academic Surgical Congress 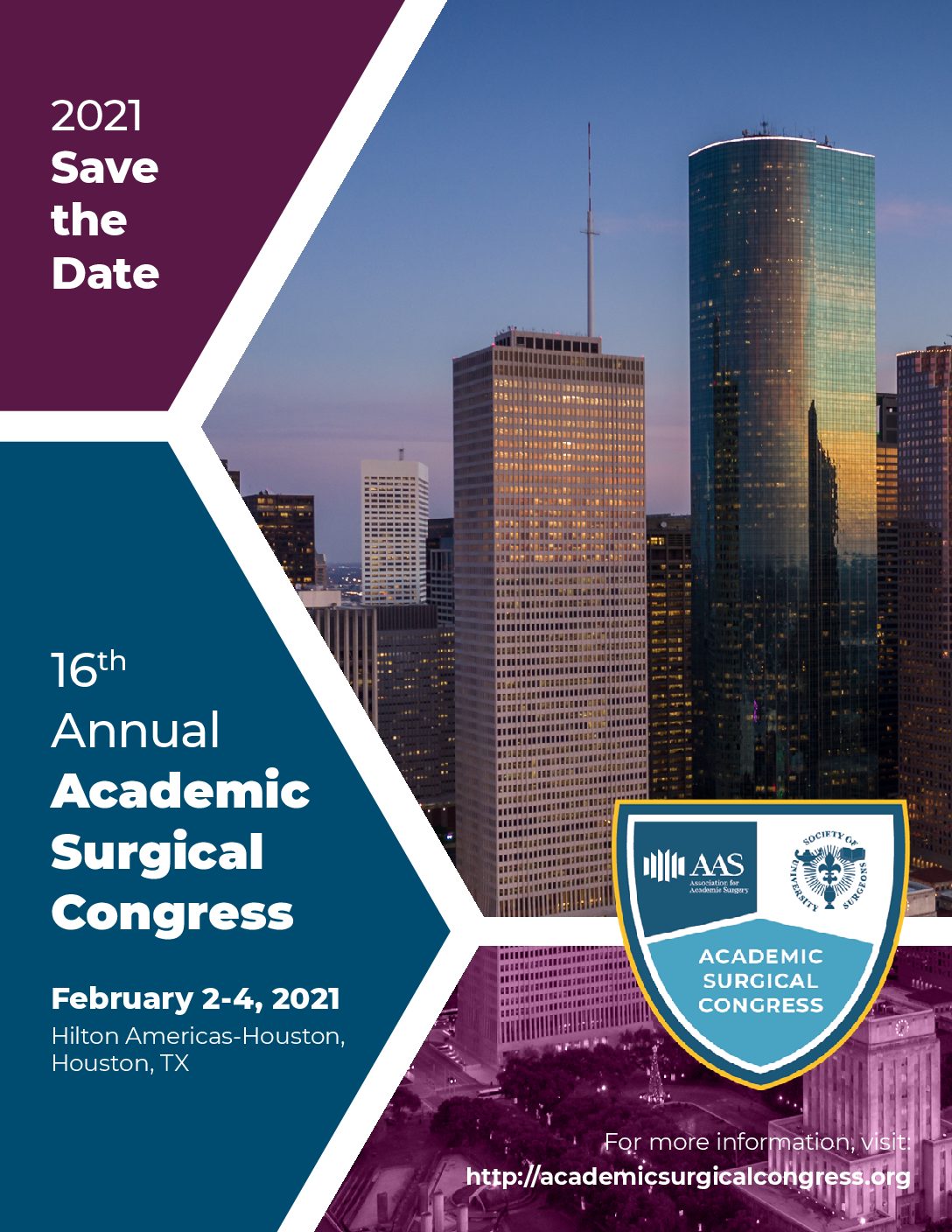 Update on the 2020 AAS Fall Courses  Due to the current COVID-19 pandemic, the Association for Academic Surgery will be offering our … END_OF_DOCUMENT_TOKEN_TO_BE_REPLACED

SAVE THE DATE! Immediately Preceding the Academic Surgical Congress Hilton Americas-Houston  We hope you will be able to join the AAS … END_OF_DOCUMENT_TOKEN_TO_BE_REPLACED