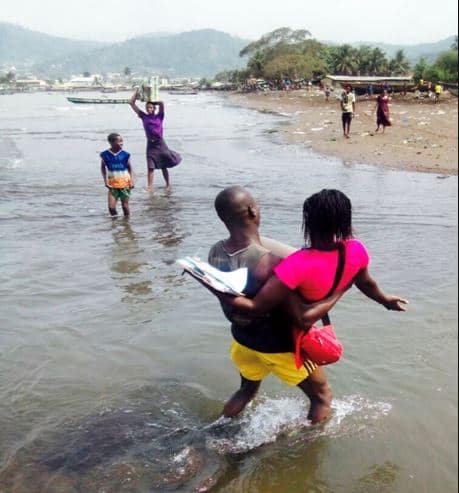 In research, despite painstaking preparation, things can still go wrong. This is especially true in global surgery research.

This year, I conducted a community-based survey on injury in Cameroon, which involved maneuvering a fairly large team into extremely rural communities. At baseline, this required understanding the actual physical location of remote rural communities in Cameroon (trickier than you think) and figuring out how to get to them. As it turns out, Google Maps is not much help in most parts of rural Sub-Saharan Africa. Local population and geographical information resources, where they exist, are often only found within the area that you are trying to get to, and are rarely or never accessible online or even in central governmental agencies. It is practically impossible to pre-judge the condition of the roads. Knowing someone who actually has traveled there recently is key, but far from infallible: on more than a few occasions we were assured that “dee road be good” only to end up trekking across precarious rock faces or wading across rivers while attempting to balance file boxes of survey forms on our heads. Despite notifying local authorities by phone, letter, and personal emissary weeks in advance, be prepared for your visit to come as a total surprise to local communities, and then to spend 45 minutes in a local council meeting explaining your study to the chief. Be prepared to have two or three backup plans. Be prepared to wait by the side of the road and trust strangers and unflinchingly seize opportunities. Be prepared to get your hands dirty (literally).

Of particular note were the culture-specific challenges that were recalcitrant to both anticipation by our local partners and detection on survey pretesting. For example, in rural communities, certain people were hesitant to report injuries because of the belief that discussing injury or illness could actually bring it about—a concern that none of our Cameroonian team members had heard before. Obtaining accurate financial data was made more challenging due to participant concerns that information would be shared with the government to increase taxes, or, conversely, that subjects might potentially be reimbursed for injury expenditures. And injury itself, which was a concrete, easily-definable entity in our taxonomy, was often difficult to distinguish from other types of illnesses for our participants.

Ultimately, these “challenges” contributed to the richness of our understanding of the communities we were studying. The exact points that caused dissonance in our research on injury almost certainly impact the experiences and decisions made by injured people. These issues reflected the ways injury and health care are understood; getting an accurate appreciation of this understanding should ultimately translate into improved, more appropriate systems interventions.

Some of the lessons learned along the way include:

Even with extensive planning and local cultural guidance, in global surgery seemingly straightforward questions often take on unpredictable complexity and nuance when introduced into different communities. Investigators need to be humble, persistent, flexible, and creative at the same time. The largest challenges are frequently the very best teachers, and global surgical research—with its high challenge density—provides a seemingly inexhaustible opportunity for growth.

Save the Date! Saturday, October 21, 2023 Boston , MA Courses will take place immediately prior to the ACS Clinical … END_OF_DOCUMENT_TOKEN_TO_BE_REPLACED