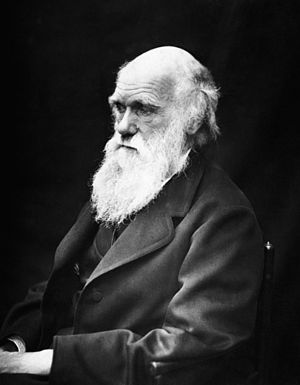 Darwin’s theory of evolution represents one of the landmark intellectual revolutions of human history. He proposed that organisms change over time as a result of changes in heritable traits. A closer look at the evolution of vascular surgery during the past fifty years makes one believe that Darwin’s theory of natural selection is truly applicable to the ever-evolving field of Vascular Surgery. It was not until 1982 when the first ever Certificate of Special Qualifications in General Vascular Surgery was issued to Dr. Edwin J. Wylie. Before being recognized as an individual surgical specialty, vascular operations were routinely performed by general surgeons or cardiothoracic surgeons. Better understanding of pathology of blood vessels leads surgical leaders to the realization that a separate surgical discipline dedicated to diagnose and treat disorders of blood vessels was the need of the time. Aging population, continuing epidemics of diabetes, hypertension, hypercholesterolemia and smoking and increasing public awareness of vascular disease have given rise to an ever-needing demand for trained vascular surgeons. According to a recent estimate, by year 2020, more than 1,000,000 vascular operations will be performed annually in Europe and United States, separately. It was not long after the birth of Vascular Surgery as an independent sub-specialty that Vascular Surgeons observed the rapidly changing horizons of Cardiac Surgery, with more and more of the interventions being performed by cardiologists using minimally invasive endovascular technology. Vascular Surgeons realized very quickly that if they didn’t become adept at using catheters and wires, their newly formed specialty would soon be taken over by medical interventionalists. Using Darwin’s theory of mutations, Vascular Surgeons modified themselves to learn endovascular techniques to adapt to newer modalities of treating patients. The idea of surgeons performing catheter directed therapies was attractive, as the operators not only could perform minimally invasive procedures, but in addition had the capability of dealing with complications of endovascular procedures and to perform open surgical operations if needed. The rapidly changing specialty saw its major revolution in 1993, when Juan Parody performed the first ever endovascular repair of abdominal aortic aneurysm. Subsequently, vascular surgeons revolutionized the repair of aortic aneurysms by using minimally invasive techniques, and currently, vascular surgeons are not only performing infra-renal abdominal aortic aneurysms, but also complex thoracoabdominal aortic aneuryms and thoracic aortic aneurysms using endovascular modality.

A milestone in the evolution of Vascular Surgery has been the development and ever increasing use of ultrasound-based diagnostic tools. Two decades ago, ultrasounds for diagnosing vascular diseases were routinely performed by radiologists. Vascular Surgeons showed enthusiasm in the modifications of ultrasound techniques to make this technology more useful for the diagnosis of vascular pathologies, and developed defined criteria for determining the severity of disease in different vascular beds of the body. Gradually, vascular ultrasound has become part of the standard protocol for diagnosis of vascular diseases and an important tool for follow up after vascular operations. Today, every graduating vascular surgery resident and fellow is required to pass the dedicated vascular ultrasound test before being considered eligible for taking the Vascular Surgery board examination.

Vascular Surgeons have also learned the importance of medical management of vascular disease. Multiple studies have shown that most of vascular pathologies are preventable if the risk factors are appropriately managed. In addition, outcomes of most vascular surgery operations are favorable if the post-operative medical care is optimized. Most Vascular Surgeons have taken over the antiplatelet therapy, anticoagulation therapy and hypercholesterolemia medical management for their patients.

In lieu of these facts, the recent guidelines and recommendations of the Society for Vascular Surgery (SVS) suggest that, a fully trained vascular surgeon should be considered a vascular specialist who performs traditional open surgery but who also performs endovascular interventions and is competent to treat vascular diseases with non-interventional and nonsurgical means.

To summarize, modern day Vascular Surgery truly represents how surgeons have modified themselves successfully to a rapidly changing medical landscape. As Darwin had predicted in his concept of survival of the fittest, we, being surgeons have to learn how to increasingly adapt ourselves to changing treatment paradigms. Species (specialties) who do not learn to adapt to evolving technologies are bound to become extinct!

Dr. Aziz’s clinical interests include treatment of aortic aneurysms, carotid artery disease and peripheral arterial disease. He is particularly interested in minimally invasive, endovascular treatment options for the treatment of vascular diseases. His clinical research is focused on the comparison of outcomes between open surgical operations and endovascular procedures. He is a distinguished reviewer for the Journal of Vascular Surgery.

Save the Date! Saturday, October 21, 2023 Boston , MA Courses will take place immediately prior to the ACS Clinical … END_OF_DOCUMENT_TOKEN_TO_BE_REPLACED