More often than not, traumatic injuries result from preventable events that claim 5.8 million lives worldwide annually. These events can conceivably happen anywhere, but only by analyzing them within the greater context of a society’s economic structure can one begin to disentangle chance from circumstance. It is well established that trauma in low- and middle-income countries is a very different beast than trauma in high-income countries – both from etiologic and management standpoints. Even within high-income countries, trauma can vary significantly between rural and urban settings. Trauma responders must be adequately and appropriately prepared to deal with the injury burden which their patient populations face.

These truths drew us to Cuba.

With a population of just over 11 million, Cuba is a middle-income country often described as straddling the past and the present. Cubans often speak of their “corazón azul,” or blue heart, as the driving force behind their resilience against trying odds. Walking beneath the merciless Havana sun, you would be hard-pressed to identify who is Cuban and who is not because there is not one quintessential Cuban appearance. From the lightest of European ancestry to the darkest of African heritage, all are Cuban; they recognize their past without magnifying their differences. So, when it comes down to it, Cubans all have the same beating blue heart.

Our goal as physicians and physicians-in-training is to keep those hearts beating strongly. Cuba is well known for its robust primary care system, but how does it fare when it comes to specialty medicine, and in particular, trauma surgery? To what extent does its traditionally hierarchical surgical structure allow for equal participation of all members of the trauma response team? What types of injuries must its healthcare workers – from pre- to post-hospital care – be prepared to face?

In 2015, traumatic incidents represented the fifth highest cause of all-age mortality in Cuba, behind heart disease, malignant tumors, stroke, and flu/pneumonia (Anuario estadístico MINSAP, La Habana 2016). Accidental falls (2460/5421) comprised the overwhelming majority of total trauma fatalities, followed by motor vehicle accidents (908) and drowning (204). In 2012, Dr. Marc de Moya of Massachusetts General Hospital initiated annual trauma education and development programs at Hospital Calixto García. The percentage of all the hospital’s patients presenting with traumatic injuries has since increased from 8.9% (2010-11) to 10.3% (2014-15) with a compensatory decrease in trauma mortality from 11% to 6.4% in those respective years (Department of Medical Records, Hospital Universitario General Calixto García). 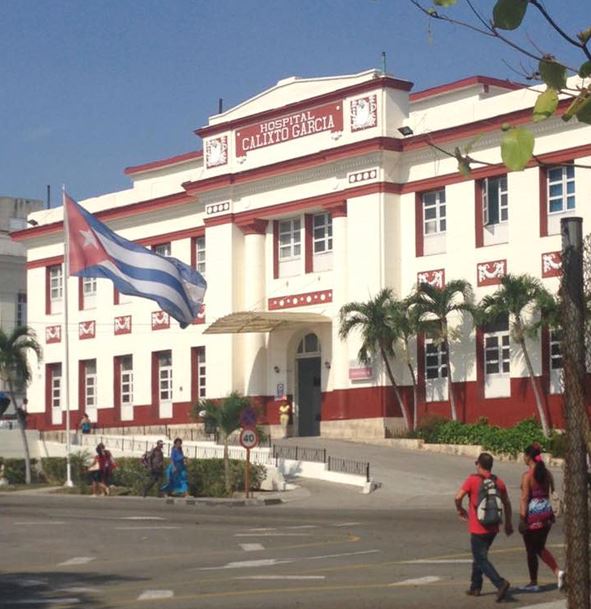 This May, I had the distinct privilege of joining a group of over twenty trauma surgeons, a radiologist, critical care nurses, and surgical fellows and residents from six countries across the Americas to host the 3rd Annual International Trauma Symposium in Havana, Cuba with the Inaugural Emergency Surgery Nursing Workshop. With our fearless leader Dr. de Moya at the helm, we collaborated with Hospital Calixto García for a week-long symposium that shone brightest in its unwavering commitment to an exchange of ideas rather than pedagogy.

The symposium’s success – measured by attendance, eager participation, and effusive gratitude of over 300 surgeons, nurses, and surgical trainees from across the island – arose due to the following major actions and characteristics:

This symposium was just one piece of a larger prospective, phased longitudinal project to investigate how trauma education and trauma system development impact trauma-related mortality. Looking ahead, the aim is to promulgate trauma and critical care courses from the Panamerican Trauma Society to multiple institutions across Cuba. Additionally, the development of a formal web-based trauma registry, first at Hospital Calixto García with eventual expansion into a national trauma registry, will be used to benchmark trauma outcomes and provide a foundation for more formal quality and patient safety programs.

Joint efforts allow for progress, and progress permits the corazón azul to keep beating on.