Sad news yesterday of the passing of a true giant in the surgical profession, and the third president of the AAS (1970), Dr. Gerald Austen, who was 92. AAS leadership was very fortunate to be able to spend some time with Jerry at our July Council Retreat. An appreciation from Drs. David F.M. Brown and Marcela del Carmen of Massachusetts General Hospital is below. 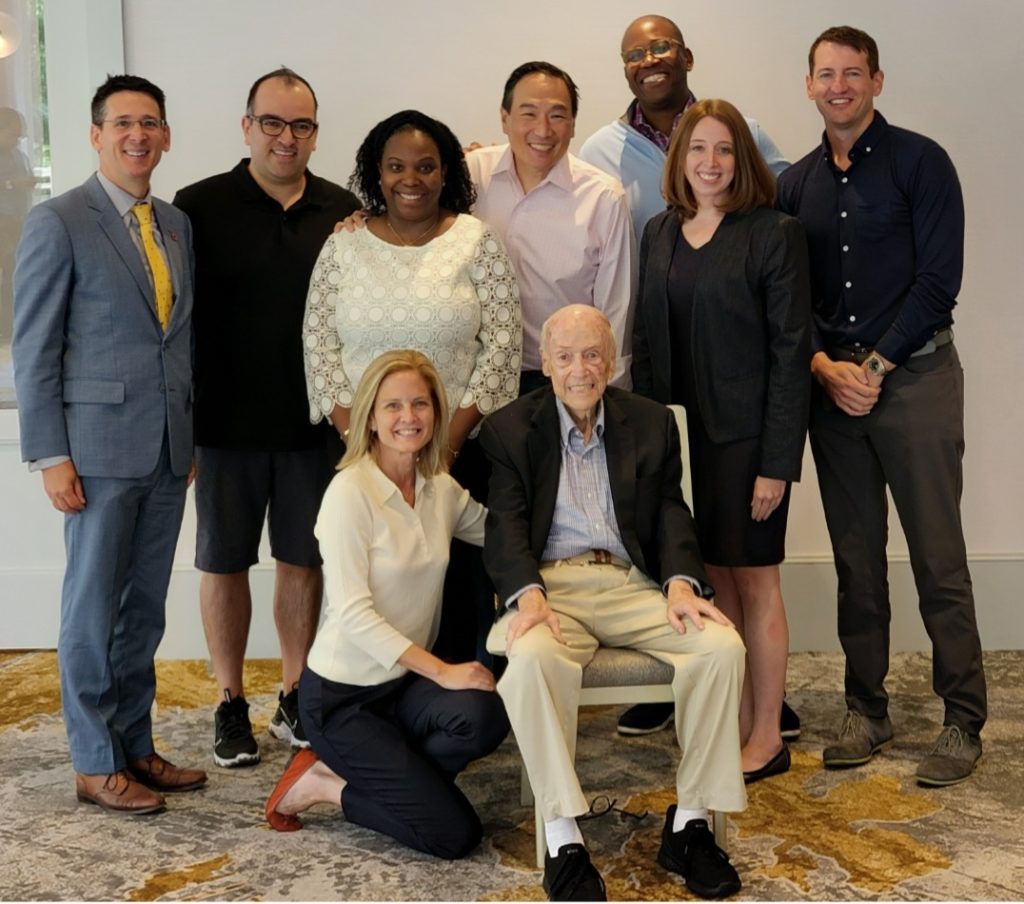 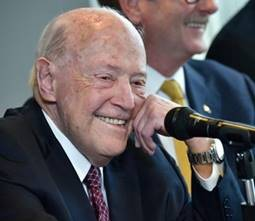 It seems fitting that W. Gerald “Jerry” Austen, MD, dedicated his life’s work to one of the most vital organs – the heart. For when we reflect upon Dr. Austen’s nearly seven decades of exceptional service to Mass General, we recognize and celebrate how he himself has been the heart of the MGH – through his immense contributions to the field of cardiac surgery, his unwavering dedication to improving the health and well-being of his patients, his steadfast commitment to training and supporting the next generation of clinicians, and his deep support and love for each and every MGHer.

Today, our own hearts are heavy as we let you know that our dear friend died peacefully this afternoon at MGH at the age of 92, surrounded by his loving family and in our collective warm embrace.

Dr. Austen graduated from the Massachusetts Institute of Technology with a degree in mechanical engineering in 1951 and received his medical degree from

Harvard Medical School (HMS) in 1955. He completed his residencies in general surgery and cardiothoracic surgery at the MGH and returned here after spending two research years at the National Institutes of Health. Dr. Austen was appointed Professor of Surgery at HMS at the age of 36 and served as our hospital’s first chief of Cardiovascular Surgical Research before becoming chief of Surgical Services – a role he held for 29 years. Among his many contributions, he was instrumental in the design and creation of a cardiopulmonary (heart-lung) bypass machine and the intra-aortic balloon pump

Dr. Austen was the founding President and CEO of the MGPO, the first physician elected to the MGH Board of Trustees, and a founder of the Partners HealthCare system.

Throughout his illustrious career, Dr. Austen amassed an extensive list of awards and accolades. They include being the Edward D. Churchill, MD Distinguished Professor of Surgery at HMS, a member in the National Academy of Medicine, a Fellow of the American Academy of Arts and Sciences, and a recipient of the MIT Trustees Gold Medal and the MGH Trustees Gold Medal. Harvard recognized him with the establishment of the W. Gerald Austen, MD Chair in Surgery at Harvard Medical School and the MGH. He was the author of 421 original articles, 79 chapters and reviews, and eight books.

For Dr. Austen, retirement from clinical practice of surgery in 1998 simply meant a shift in focus – his enthusiasm for and devotion to Mass General never changed. For the past quarter of a century, he continued to share his expertise in roles that includedchairman of the Chiefs Council, co-chair of Philanthropy (for multiple campaigns), and as an honorary trustee of the MGH and MGPO. He served as a mentor to several generations of division chiefs, department chairs, and MGH and MGPO presidents. In 2020, we dedicated the W. Gerald Austen, MD, Building to recognize his six decades of extraordinary leadership and service.

The words of Charles Sanders, MD, former general director of the MGH, in the 2011 “Something in the Ether” bicentennial history book sum up most aptly how so many feel about Dr. Austen: “I think Jerry Austen is the most important figure in the Mass General in the past 50 years. No question. He has done more to make it what it is than anybody else. Not only has he made things happen individually but he has stayed the course. He has always been there.”

We extend our deepest sympathies to his wife Patty Austen, and four children Karl, Jay, Chris, and Elizabeth, and their families, which include 10 beloved grandchildren. And while we mourn the loss of our mentor, our leader, our friend, we take comfort in knowing his legacy will live on, here at MGH and around the world, in the future discoveries, teachings, and care provided by all whose careers were enriched by his engagement, commitment, and support. We will carry MGH forward, buoyed by his memory.

To share a story or favorite memory about Dr. Austen, please visit the In Memoriam page on Apollo.

Save the Date! Saturday, October 21, 2023 Boston , MA Courses will take place immediately prior to the ACS Clinical … END_OF_DOCUMENT_TOKEN_TO_BE_REPLACED