A few months ago, I came across some disturbing news from my hometown in Karachi, Pakistan. The pictures you see below show medical waste, including contaminated sharps, washed up across a stretch of the popular Clifton Beach. 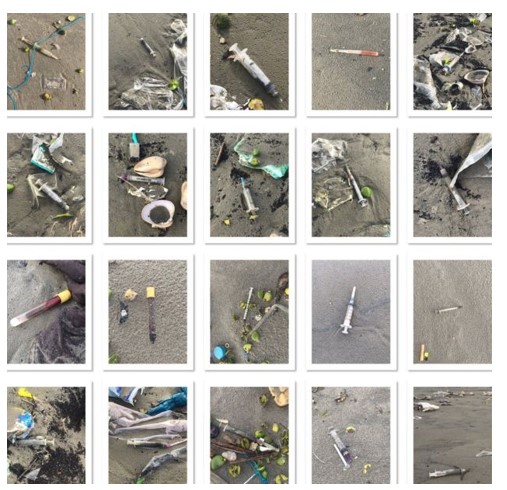 The outrage that ensued on Twitter and other social media platforms led authorities to close down the beach, order a cleanup and launch an official inquiry. It turns out that years of waste mismanagement and recent heavy rainfalls had washed a landfill out to sea setting up this environmental tragedy.

This bit of news struck me for two reasons. First, because it involved my beloved hometown. And second, because it forced me to think more carefully about medical waste, something that I and other well-intentioned healthcare providers create every day.

And before you think this was an isolated incident in a low-middle income country with inadequate waste management, take a look at these pictures below. 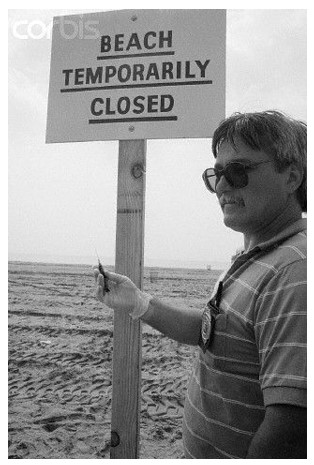 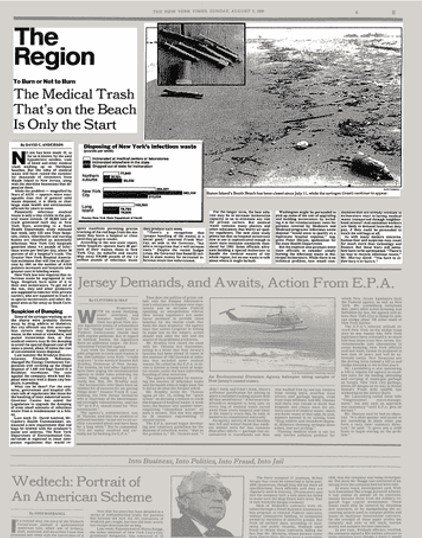 These photos are from beaches in Connecticut, New Jersey and New York in the 1980s, closed after a large quantity of medical waste, including hypodermic needles, washed ashore. The infamous “Syringe Tide” cost $1 billion in lost tourism revenue alone and its effects were further amplified as it occurred during the 1980’s HIV/AIDS epidemic.

To address this crisis, the US Congress passed the Medical Waste Tracking Act of 1988 as a two-year pilot program that allowed federal oversight into medical waste management. Since the act expired in 1991, medical waste is now largely regulated by state health agencies in addition to several federal agencies such as the Centers for Disease Control (CDC), Occupational Safety and Health Administration (OSHA), and U.S Food and Drug Administration (FDA).

In the context of the current debate on climate change, we must take stock of the environmental impact of the healthcare economy. According to some estimates (which are at best more than a decade old, more on that later), US hospitals produce close to 34 pounds of waste per patient per day. That amounts to nearly 6 million tons of annual waste produced nationwide in the inpatient setting alone. A vast majority (85%) of it is “regular trash” that is non-biohazardous, non-regulated waste; things such as paper and packaging which mostly end up in landfills. The rest is hazardous waste which is autoclaved or incinerated.  Moreover, a disproportionate 20%-30% of hospital waste comes from the operating room and is directly related to the activities of surgeons. Even with “proper” waste management this amount of trash cannot be sustainably disposed of without significant environmental impact.

Medical waste constitutes just one aspect of environmental damage attributable to the healthcare sector. Healthcare facilities are the fourth-largest energy consumers nationwide. This is not surprising since hospital operations run 24/7, and entail the use of high energy-consuming equipment like MRI and CT-scanners.

Understanding and mitigating effects of the healthcare economy on climate change will require a concerted, systematic and multidisciplinary effort rooted in data science, systems design, human-factor engineering, material sciences, environmental management and public health. Most of the relevant data around this topic is more than a decade old, clearly reflecting its place on the priority list. Resultingly, there are tremendous gaps in knowledge at each step in the generation of medical waste. For example, outside of aggregate estimates, granular and actionable data such as the type and amount of waste generated by each patient visit, in-patient unit or hospital are lacking. Such data will be crucial in setting benchmarks for optimal waste management and energy utilization.

The healthcare sector uses a lot of energy, often inefficiently, generates a lot of waste, and uses even more energy to dispose of that waste. Surely this is not environmentally sustainable. The consequences of these actions – rising sea levels, devastation of coastal settlements, extreme weather phenomena and carcinogenic contamination of our ecosystems, to name a few – are often too far out of our field of vision as surgeons to force a change in practice. However, they are undeniably real and inexorably linked to our actions. We can no longer look the other way and blame other industries. We can no longer feel comfortable in switching over to reusable water bottles or using pasta straws. We need to do more. For, in treating an individual patient, we are endangering the lives of countless others across the globe and causing irreparable damage to the environment. And that is a waste of good medicine.

Dr. Hashmi is a Chief Resident in General Surgery at the Sinai Hospital of Baltimore. After graduating from medical school at the Aga Khan University in Pakistan, Dr. Hashmi pursued trauma surgery research fellowships at the Johns Hopkins School of Medicine, and at the Brigham and Women’s Hospital. Dr. Hashmi’s research focuses on developing quantitative methods aimed at assessing and improving quality of trauma care. He recently matched at the University of Alabama in Birmingham to pursue a fellowship in trauma and surgical critical care. In his spare time, he enjoys cooking, reading and landscape photography.

“You didn’t match? Neither did I.” How to Navigate the SOAP, Scramble, and Beyond
Membership Spotlight for March 2020 – Eittel E. Oppenheimer, MD

Save the Date! Saturday, October 21, 2023 Boston , MA Courses will take place immediately prior to the ACS Clinical … END_OF_DOCUMENT_TOKEN_TO_BE_REPLACED