For members of the LGBTQIA community, June is usually a month of parties, parades, and rainbow flags (OK, rainbow everything) all celebrating our culture and the important strides we have made towards societal acceptance. Pride Month has practically become a nationwide party enthusiastically embraced not only by queer people but by our straight friends and allies as well. It goes without saying that this June will be entirely different. The senseless and horrific deaths of George Floyd, Ahmaud Arbery, Breonna Taylor, and countless others has forced us all to take a hard look at how we treat people who are different, particularly people of color, in a country that is supposed to be the most diverse and welcoming in the world. For me and much of the queer community, this June is now about learning to be true allies, not just in name and thought but also in action.

When I think about what it means to be an ally (and I admit I am no expert on this), my mind goes back to my fourth year of residency when I was a chief on the trauma service. A 13-year-old transgender male was brought in after falling while snowboarding. His supportive mother was with him. She pulled me aside and said, “I know his name is going to come up as Elizabeth, but he’s transitioning and wants to go by Skylar” (not real names). One particular nurse was not OK with this and repeatedly (and loudly) insisted on using the name Elizabeth. Exhausted from my long shift and frustrated by the whole process, I responded to this by saying Skylar even louder and probably more times than I needed to. Eventually, I had had enough and told her that if she couldn’t use the right name she needed to get out of the trauma bay immediately.

I would love to say I did all of this because I saw a massive case of injustice affronting my queer community and seized the opportunity to educate this woman and the entire trauma staff on trans acceptance. I would love to say that everyone applauded me, and Skylar and his mom’s eyes welled with tears while we all had a movie-worthy moment where we came together to appreciate our differences. That isn’t quite what happened. It is true that I was probably more triggered than a straight person would have been by what was going on since like all queer people, I’ve had my share of discriminatory incidents. But honestly, in the moment I was motivated at least as much by annoyance and fatigue as I was by a sense of justice. I certainly was not eloquent or organized in my approach, and at the time I couldn’t tell if it had been impactful or not. The nurse did leave the trauma bay in a huff, but I didn’t think anyone else noticed. Skylar certainly didn’t; he was too busy making sure that the staff didn’t rip his snowboarding outfit (which was, in fact, very cool and worth protecting). The night went on and I didn’t think about it.

But here’s the thing, someone did notice – the medical students. One came up to me later and thanked me for advocating for Skylar (she said it was “pretty legit”). She later used it in her personal statement for residency. A year later another student who was in the trauma bay that day emailed me a prize-winning research presentation he did looking at how LGBT patients are treated by healthcare providers. He told me that he was inspired to look after seeing what happened to Skylar and as a heterosexual male was absolutely appalled at what he found and felt like it needed to be shared.

I share this story not to give myself a pat on the back.  But I think as a narrative it shows several important things. First, despite how ill-conceived and poorly executed my response was, it still managed to resonate and stick with a few people. Imagine how much more I could have done if I had known how to have conversations about treating people who are different. Imagine if I had known how to approach people with prejudiced worldviews and really engage them instead of just talking over and then banishing one transphobic person. What if I’d taken the time to circle back to that nurse and explain to her why the name was so important?  If I had reached out to the rest of the trauma staff or talked more to Skylar’s mother about what happened? Imagine if I had done any number of things that could have made that day a truly teachable moment for everyone, not just those two medical students. If we all took the time to understand how to use instances like this to their full potential, the possibilities for change are truly infinite.

Skylar also makes me think of missed opportunities. I think about the times I saw instances of prejudice, microaggressions or people being just plain jerks and I failed to speak up. I remember as a medical student when a chief resident on OB teased my classmate for being an “angry black woman” when a patient argued with her. As a resident, one of our attendings said he was worried a medical student wouldn’t match in surgery because he was “too much of a fruitcake.” On ICU rounds an NP made a comment that a Hispanic trauma victim “probably had 12 kids that will want to come visit all the time.”  And that doesn’t even cover the incidences of prejudice I didn’t catch because as a privileged white woman I simply may not register things as being discriminatory when they are. Where was I in these moments? It pains me to think of all the other instances, all the other Skylars, that slipped by because I either couldn’t see them or simply didn’t want to deal with it.

Which leads me to the most important thing I learned from this; people are watching us. Always. From the moment we don our first white coat we no longer have the luxury of silence. We will forever set the tone of any group situation we walk into. After all, if a doctor doesn’t object to something, how bad can it really be? Not standing up to bias and injustice I witness makes me complicit in the discrimination. As physicians, inaction is not an option. This may seem like a heavy burden for us, but it is an awesome one too. We are in a unique position to make a difference with even small efforts. And imagine what we can do with big ones.

So, this Pride Month I pledge to become a better ally, and I implore all of us to do the same. It is no longer enough to “not be racist” or “not be homophobic.” We need to be anti-racist, anti-homophobic, anti-discrimination in every facet of life. What does that mean exactly?  I am still learning, but in my endeavors, I have come across some basic themes I’d like to share.

I implore all of us, surgeons, non-surgeons, trainees, students to be uncomfortable with the racial injustices we are witnessing today and use this as an opportunity to be better. And to all my marginalized friends, colleagues, students, and mentors: I am not you, but I hear you. I see you. If you are ready to teach, I am ready to learn. Let’s use this Pride Month to make our community something to really be proud of. 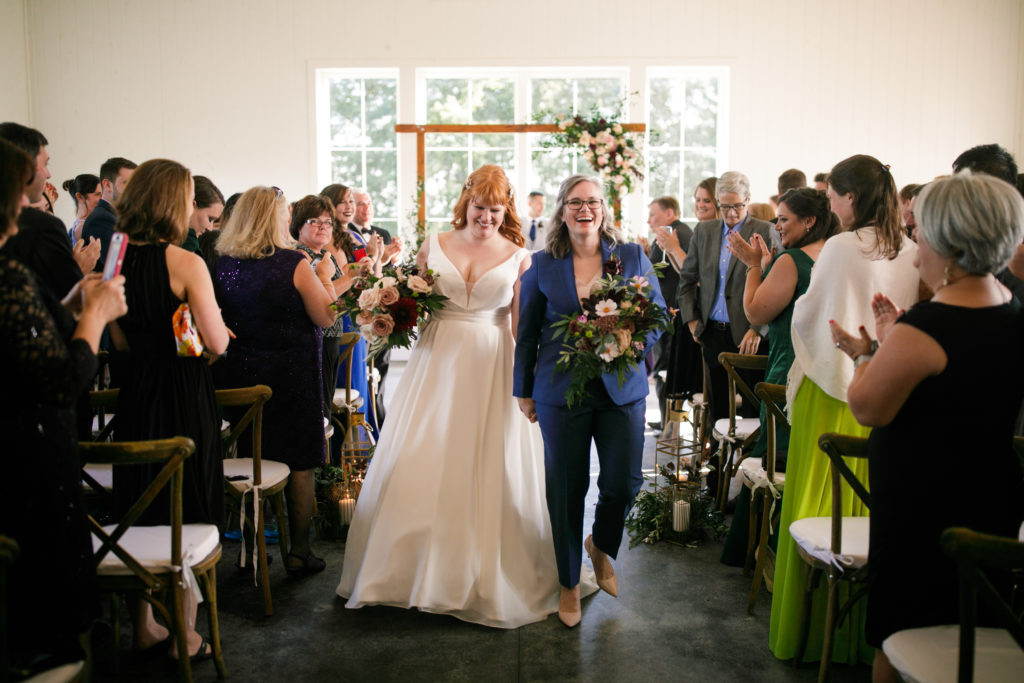 Courtney Collins is an assistant professor of general and minimally invasive surgery at The Ohio State University. Her clinical and research interests are focused on improving care for older surgical patients. She lives in Columbus with her wife, Steph. Go Bucks!