The novel, zoonotic coronavirus, SARS-CoV2/Covid-19, is thought to have started in humans as early as November 2019 in Wuhan, China. At the time of this discovery in mid-March 2020, the infection was no longer regional. There were over 137,000 individuals infected in more than 70 countries in every corner of the world and over 5,000 deaths. At the time of writing this post, there were over 1.8 million cases and over 113,000 deaths worldwide. In the midst of the devastation of this global pandemic, there have been numerous examples of love, compassion, solidarity and overcoming fear. For some, however, this crisis has exposed and magnified hatred and racist beliefs.

On April 6th, 2020, in anticipation of the surge of cases and fatalities over the coming days, the United States Surgeon General, Dr. Jerome Adams, stated, “This is our Pearl Harbor moment, our 9/11 moment.” In the aftermath of both national atrocities, racially motivated harassment and violence rapidly became more pronounced. Shortly after the bombing of Pearl Harbor, it was official United States policy in 1942 that mandated the internment of 117,000 American children and adults of Japanese-descent into camps. Following the September 11th attacks of 2001, thousands of South Asian, Sikh, and Middle Eastern Americans were targets of workplace discrimination, bullying in schools, and hate crimes including fire-bombing and murder. With the Ebola outbreak of 2014, more xenophobic acts against African Americans ensued. Since the SARS-CoV2/Covid-19 virus gripped the US, there has been a rise of discriminatory behavior directed at Asian Americans. A 26-year-old  woman in San Francisco, California, on her way to the gym, was spit on and taunted with racial insults. A 16-year-old, at a San Fernando Valley school, was beaten and slandered by bullies, a physician in Indiana was berated, refused service, and kicked out of a gas station, and a 51-year-old woman in New York was chemically burned while taking out her trash. Asian Americans have expressed fear that while they are seeking medical treatment, they will be discriminated against. Asian American physicians and nurses around the country have reported patients refusing care from them, racial slurs and verbal assaults both inside and outside the workplace. Since March 19, 2020, when the Asian Pacific Policy Planning Council launched the ‘Stop Asian American Pacific Islander (AAPI) Hate’ center, over 1100 acts of discrimination, verbal attacks, and physical assaults have been reported.

The historic identity of our country has been plagued by the paradox of the paradigms of a ‘melting pot’ and of Lady Liberty welcoming masses of immigrants, with the undercurrent of racism. Xenophobia, at its heart, is born out of fear and of ignorance. Post 9/11, my father, a pulmonary critical care physician, who dons a turban as a symbol of our Sikh faith, was subjected to regular taunts and demands to ‘go back to his own country’. While times of tragedy, when many look for someone to blame, seem to spark more numerous acts of discrimination, in reality, the feelings are always smoldering. Only 3 years ago a patient refused my care because I wasn’t even a “real” American. There is a decade-old blueprint to follow from 9/11: local and national leaders publicly denounced acts of hatred, people of different religious faiths lifted each other up, and a wider, more elevated conversation was had that explored the true meaning of what it meant to be Muslim and an American. As in the aftermath of 9/11, the path to overcoming hatred today can be found in raising the consciousness of our country, renewing our compassion for humanity, and standing up for our fellow Americans.

In response to the growing and disturbing acts of racism, The Society of Asian Academic Surgeons, published and disseminated a letter of condemnation of bigotry and support for our Asian Americans everywhere. It was swift, it was direct, and it made me proud to be an Asian American surgeon. This powerful message was quickly reinforced by statements from the Association of Academic Surgery, the Association of Women Surgeons, the Society of Black Academic Surgeons and the American College of Surgeons. It is now, more than ever, that we remember that this virus infects without preference for color, caste, or creed and that the longstanding socioeconomic inequalities of our nation are giving rise to racial outcome disparities. We must maintain the moral courage to support and protect each other from the comments and actions that wound our friends, colleagues, and community. This is the time to seek out and employ the bystander/upstander training at most academic institutions. On the small and large platforms, we possess, we must inform on the truth of this virus, combat its mislabeling and the falsehood of ‘other-ness’. Hospitals and healthcare leaders that are rightly focused on protecting their workers from exposure to infection must also protect them with policy and culture that preserves their dignity. We, as academic surgeons are a microcosm of our greater society, and we must continue to oppose hate, build alliances, and spread this message of inclusivity and equity. Surgeons, uniquely, are privy to and reminded in our daily profession of a universal truth: that regardless of our beliefs, appearances, or country of origin, we are all the same on the inside.

If you or someone you know has been victimized you can report this incident at: https://www.asianpacificpolicyandplanningcouncil.org/stop-aapi-hate/ and for more information on how to be an upstander see: https://www.afsc.org/bystanderintervention 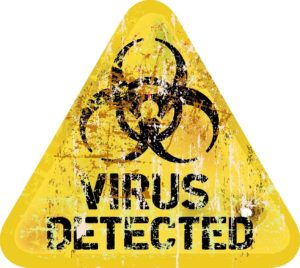 Dr. Arora is an Associate Professor of Surgery in the Department of Surgery at Augusta University at the Medical College of Georgia. She is also the Associate Program Director of the General Surgery Residency Program. She is a full time Surgical Oncologist with clinical interest in esophageal, pancreatic, breast and soft tissue malignancies. Her academic and research interests include quality improvement and surgical education curriculum development. She is a current member of the Association of Academic Surgeon's Diversity, Equity and Inclusion Task Force and the Vice Chair of the Diversity and Inclusion Committee of the Association of Program Directors in Surgery.

Stress in a Pandemic
Recapturing the Continuity of Medicine

Save the Date! Saturday, October 21, 2023 Boston , MA Courses will take place immediately prior to the ACS Clinical … END_OF_DOCUMENT_TOKEN_TO_BE_REPLACED