The gender gap in the upper echelons of academic surgery is well recognized. Many factors likely contribute to the discrepancies between the proportions of women in surgical residency, junior academic positions, and leadership positions. One of these factors is the believed to be that women do not know how to negotiate. There is a vast and fascinating body of research that addresses this issue, although not specifically in academic medicine or surgery. 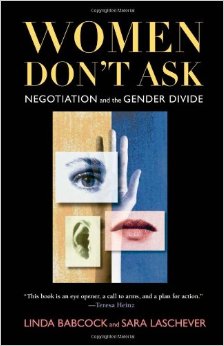 In one of the first and most famous books on this topic, Linda Babcock and Sarah Laschever wrote “Women Don’t Ask: Negotiation and the Gender Divide” in 2003. They cite some interesting statistics, including the fact that graduating male students are 8 times more likely to negotiate their starting salary than women. However, the situation is apparently more complex than women just being less confident or assertive than men. Several negotiation studies have demonstrated that women “don’t ask” because they perceive that there will be a backlash if they are not perceived as being nurturing and accommodating. What is sobering is that some of these studies have suggested this backlash effect is real; in simulated negotiations, females were penalized for demanding higher salaries for themselves but not when they were negotiating for a colleague (which is more consistent with their expected roles as nurturers). 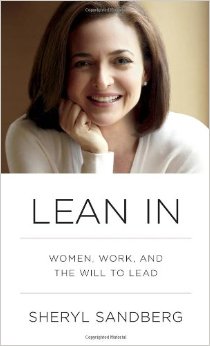 Sheryl Sandberg’s book “Lean In: Women, Work, and the Will to Lead” has topped best-seller lists since its publication in 2013. If you don’t have time to read the book, you can watch her 15-minute TED talk for some highlights. A top executive at Google then Facebook, Sandberg aims her book at professional women, encouraging them to aspire for leadership positions. However, in a chapter entitled “Success and Likability”, she presents some of these data and her own thoughts on what she calls the “likable vs competent conundrum”. She basically recommends women negotiators to “combine niceness with insistence.” Some of the more specific advice that she and other negotiation experts have offered on how to avoid this backlash effect:

Do these phenomena exist in academic surgery?

Surgery is not exactly the most nurturing of medical specialties, but it is still arguably more nurturing than the business world. Most of us do not need to negotiate for anything on a regular basis, and few of us have any formal training in negotiation. When we do need to negotiate, it is usually at important transition points in our careers: first jobs, new jobs, or same jobs with new leadership. Participation in organizations such as the AAS and AWS may help us to navigate these transitions by providing opportunities to network and learn from our peers and from those more senior to us. The AWS luncheon at the upcoming Academic Surgical Congress (Wednesday, February 4 at 11:30 am) will give us an opportunity to learn from three leaders in academic surgery. Dr. Diane Simeone is a Professor of Surgery at University of Michigan, where she runs a productive pancreatic cancer research lab and is Director of the GI Oncology Program. Dr. Leigh Neumeyer is a successful clinical researcher and breast surgeon who was recently appointed as head of the Department of Surgery at University of Arizona. Dr. Julie Freischlag is a renowned vascular surgeon who served for several years as the head of the Department of Surgery at Johns Hopkins University prior to becoming Dean of the UC Davis School of Medicine. We will ask these role models to share with us some of their negotiation experiences, including tips on strategies that worked (or perhaps didn’t work) and also what to ask for…

All three speakers are women, and there will be some discussion of how gender may influence negotiation, but this is a session that should be valuable to male and female surgeons at all career levels!

Dr. White received her medical education and general surgery training from Duke University. While a resident, she spent three years in a nucleic acid therapeutics lab working on a class of molecules known as "aptamers". After finishing her residency, she completed a surgical oncology fellowship at Memorial Sloan-Kettering Cancer Center then returned in 2007 to Duke, where she is now an Associate Professor. She is "80% research" and runs a lab focused on aptamers for the diagnosis, imaging, and treatment of pancreatic cancer, which is also her main clinical focus.