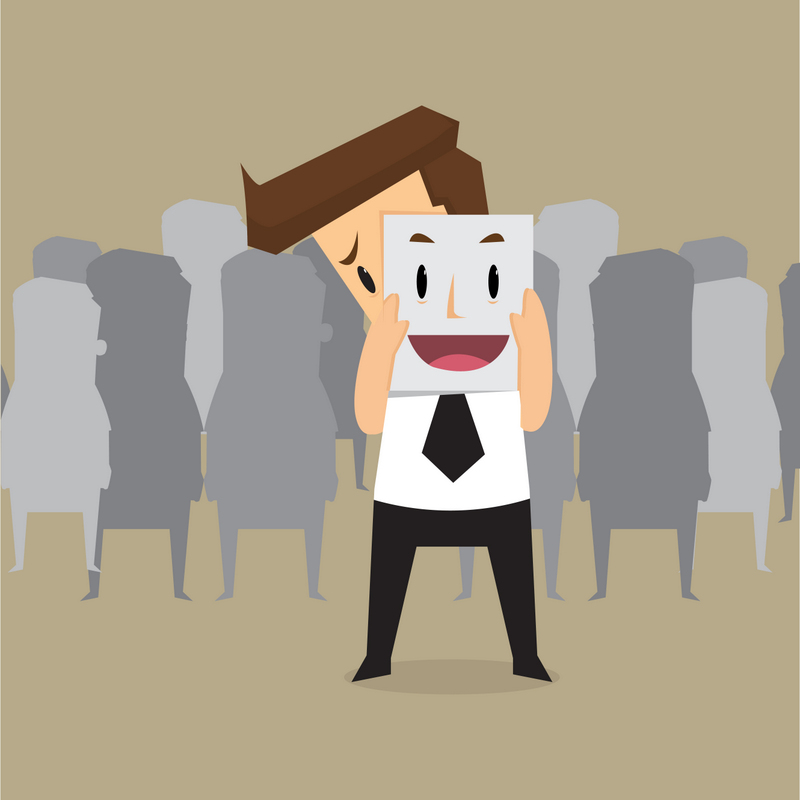 The etymology of “hypocrisy” comes from the Greek term “hypokrisis,” which means “play-acting,” and described public performances. A hypocrite, or “hypokrites,” described a stage actor. The original connotation was therefore neutral. Over time the term(s) became negatively associated with distrust and impersonations. The Oxford Dictionary now defines hypocrisy as “the practice of claiming to have moral standards or beliefs to which one’s own behavior does not conform.” In other words: to not practice what one preaches.

While no one sets out to be a hypocrite, many, including myself, have been guilty of the charge. Surgeons are certainly not immune – these acts range from non-adherence to evidence-based guidelines to dogmatic refusals to change practice in the face of new data. Hypocrisy, however, may not be all doom and gloom. In fact, I hope to argue that there is a constructive side to hypocrisy and that recognition of hypocrisy may be one of the most effective ways to motivate changes in attitudes and behaviors.

Hypocrisy in surgery exists. Whether you are discussing when to transfuse a critically ill patient or how to stage rectal cancer [1, 2], surgeon behaviors can deviate significantly from consensus, evidence-based guidelines meant to ensure the delivery of high-quality care. Despite our best intentions to reduce costs, the surgical profession remains saturated with expensive tools and gadgets that, ironically, many of us are unable to assign a dollar amount or describe their effectiveness compared with other devices [3]. Hypocrisies are seen even beyond the boundaries of the operating room. As a colorectal surgeon, I preach the benefits of high-fiber diet to my patients. In reality, my fiber intake is abysmal; I am certainly not practicing what I preach.

Social psychologists have explored the concept of hypocrisy. In 1994, in perhaps the first empirical study on hypocrisy, researchers had college students make a video on safe-sex [4]. They then asked one group to recollect the moments when they did not use a condom (e.g., moments of hypocrisy). The students who identified their own hypocrisy were found to change their attitudes on safe sex and were observed to buy more condoms. Personal recognition of hypocrisy motivated behavioral changes more effectively than standard forms of instruction. This phenomenon has now been demonstrated across a wide spectrum of issues ranging from recycling practices to smoking cessation [5, 6].

Behavioral change as motivated by hypocrisy seems to occur more strongly in individuals with high self-esteem [6]. As medical professionals, we hold ourselves to high standards – this attribute may therefore make us more susceptible to the potential positive effects of hypocrisy. Further studies have also shown that witnessing hypocrisy can affect the witnesses and change their attitudes and behaviors [7]. Peer meetings like Morbidity and Mortality conferences may trigger some change through this potential mechanism. Recent evidence in surgery demonstrates that calling attention to contradictions promotes change. In the ICUs, peer-to-peer accounting improved transfusion guideline adherence [8]. Education of surgeons on actual cost of equipment led to conscious efforts to reduce cost [9]. Other modalities such as personal email reminders to non-adherent staff contributed to improved adherence to guidelines such as antibiotic prophylaxis in pediatric surgery patients [10].

Despite these potential benefits, the label “surgical hypocrisy” carries such a negative connotation that I suspect it will never be used as an endearing hashtag in social media. Other terms such as surgical dissonance, contradictions, ironies, juxtapositions and variance may not be any more favorable. As this blog has put forward, however, perhaps hypocrisy should not be uniformly perceived as negative. On the contrary, it represents an identifiable and actionable opportunity to drive change at both the individual and system-level. For me that certainly starts with fiber.

Dr. Daniel I. Chu MD is an Assistant Professor in the Division of Gastrointestinal Surgery at the University of Alabama at Birmingham. He completed his undergraduate at Yale and medical school at The Johns Hopkins School of Medicine. After residency at Boston University Medical Center, he completed a colon and rectal surgery fellowship at the Mayo Clinic. His practice specializes in the spectrum of colorectal disease including inflammatory bowel disease, colorectal cancer, diverticular disease and anorectal disorders.

Latest posts by Daniel I. Chu, MD (see all)

Save the Date! Saturday, October 21, 2023 Boston , MA Courses will take place immediately prior to the ACS Clinical … END_OF_DOCUMENT_TOKEN_TO_BE_REPLACED