The sale, possession, and use of firearms and ammunition that is regulated by United States gun laws and protected by the second amendment is a topic for ongoing debate. The debate predominantly has three arguments:

States with high gun murder rates per capita such as Maryland, South Carolina, and District of Columbia all issue permits to carry hand guns but did not show any other strong correlations pertaining to gun laws and regulations. States with low gun murder rates per capita such as Vermont, New Hampshire, and North Dakota do not require background checks before gun purchase, do not require permits for gun purchase, allow open carry, and do not have laws restricting the purchase of assault weapons. District of Columbia has the highest gun murder rate per capita and the lowest percentage of gun ownership out of all fifty states (3.6%). Vermont had the lowest gun murder rate per capita and 30% if its citizens own guns (See chart below). 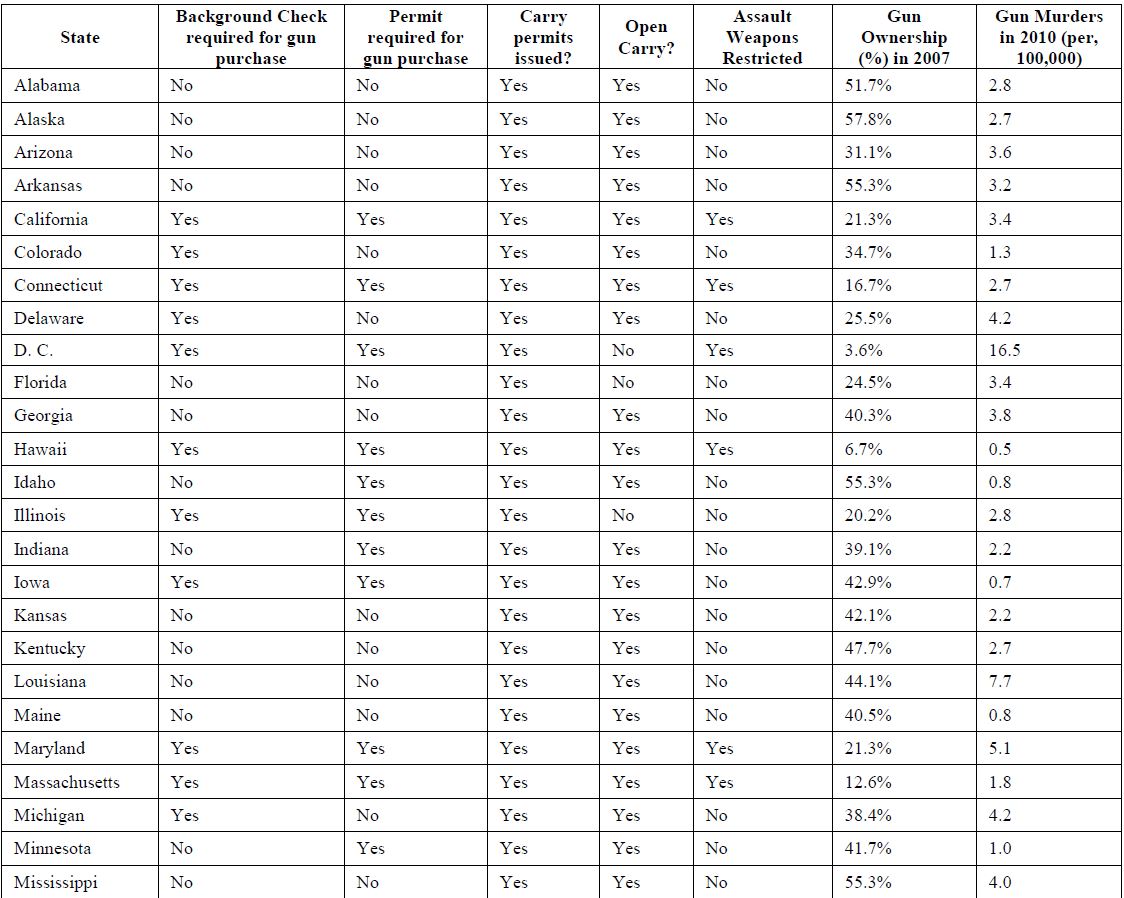 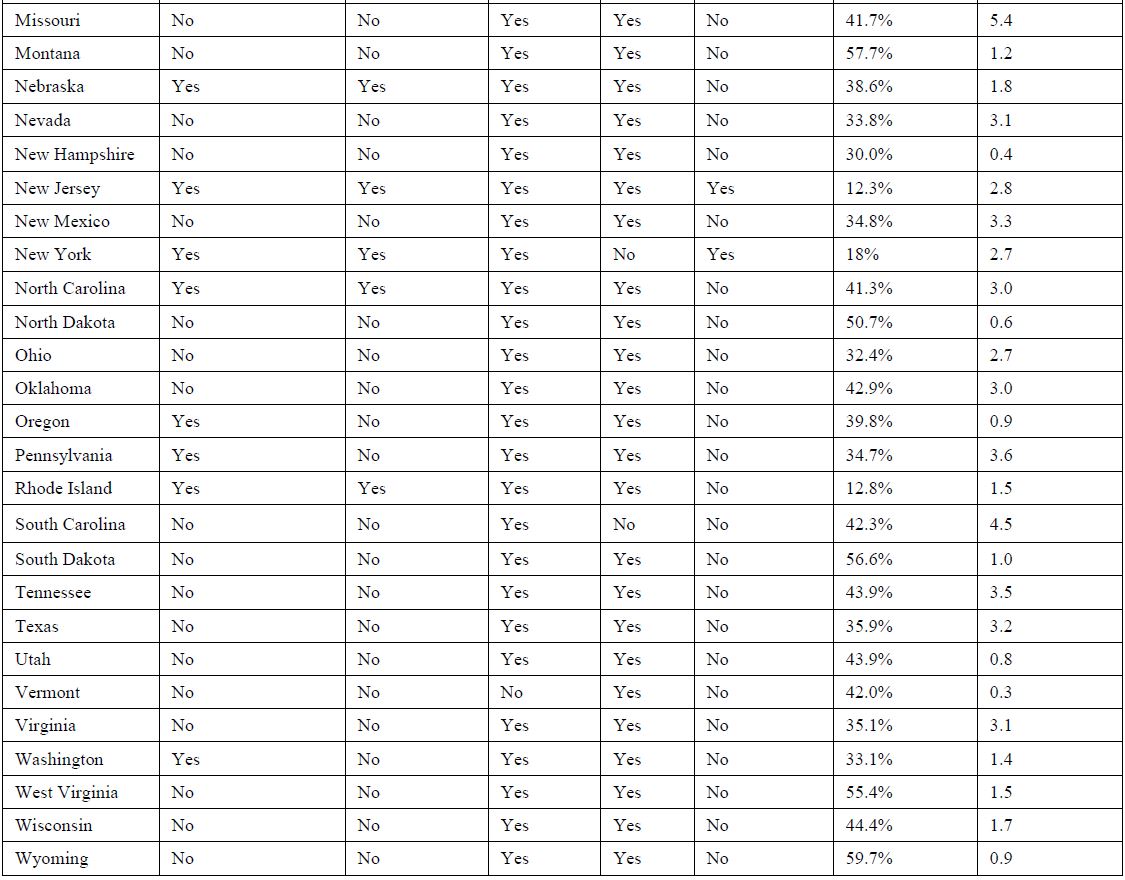 Though there is evidence of a few trends at the high and low extremes of gun murder rate per capita, further research is recommended. There are many factors other than gun regulations that could play into gun violence such as crime rate not related to gun violence, employment, education, economic conditions, religious characteristics, population density, degree of urbanization, age distribution, effectiveness of law enforcement, and policies of criminal justice system.

While there is an ongoing debate on gun regulation and gun violence, there is no question that gun availability and ownership has an impact on gun-related accidents and injuries each year. According to the American Public Health Association, guns kill almost 30,000 people and cause 60,000 injuries each year. There were 31,076 lives lost in America due to gun related homicides, suicides, and unintentional shootings in 2010. This means that every hour, 3 lives were taken due to gun-related incidents. During the same year 73,505 non-fatal gunshot wounds were treated in American Emergency rooms. This ranks guns third to poisoning and motor vehicle accidents as the leading cause of injury-related deaths in the nation.

Further studies by JAMA Pediatrics showed that there were 19,392 suicides by firearm in 2010. Between the years 2005-2010, 29 gun suicides were committed each day. Suicide rates showed more prevalent in adolescents under the age of 19 and 65% of suicide deaths of this age group were by firearms. These studies also showed that the risk of suicide increases in homes where guns are kept loaded and unlocked. Over 75% of suicide attempts and unintentional injuries made by this age group involved guns stored in the residence of the victim’s home, family, or a friend.

Many deaths and injuries associated with firearms occur unintentionally. In 2010, 606 people were killed by accident. A federal government study showed that 8% of unintentional shootings were caused by the handling of loaded guns by children under the age of 6 and could have been prevented by the use of a child-proof safety lock, gun safe, or loading indicator. This study also showed that states with more guns were directly related to states with more accidental firearm injuries and deaths.

While there is increasing debate about the importance of gun control and the stemming of gun violence in the US, little actual data have been collected. Currently, there is minimal private funding of gun related research and the NIH has not been authorized to fund research in this area.

Christopher Weimer is a Texas State Trooper and Fireman and EMT for the Northeast Fire Department.

Dr. Philip Mammen is a hospital administrator in wound care and Assistant Chief of EMT for the Northeast Fire Department. He also serves a major and battalion commander for the Army Component TXSG.

Dr. Joseph is the Surgery Program Director at Valley Health Systems in Las Vegas NV and an Associate Professor of Surgery at Roseman University SOM.

Save the Date! Saturday, October 21, 2023 Boston , MA Courses will take place immediately prior to the ACS Clinical … END_OF_DOCUMENT_TOKEN_TO_BE_REPLACED